This tag is associated with 8 posts

Is going Vegan the answer to farm animal abuse?

NO the answer is to hold animal abusers accountable for their actions and honor those who do the right thing by the animals.

National Dairy FARM is a program created by dairy farmers to set a baseline for animal care and move forward from there, our farm along with many others in the US have embraced this program to help weed out the bad actors.

This afternoon I learned of another undercover video of animal abuse in agriculture and quite honestly I feel let down by fell animal caretakers. I am as horrified as ever that some of the things caught on tape are even happening in agriculture today. There are proper means to euthanize animals to end their suffering, using a hand tool to prolong that suffering is not proper or ethical.

Many farmers like myself and my family spend long hours caring for our animals the proper way only to have one bad actor ruin it for thousands. I personally have given up sleep and meals to make sure the cows came first I know farmers who brave some of the worst weather know to mankind to rescue animals and the thanks we get from another caretaker of animals is a slap in the face. I hope anyone found guilty of any wrongdoing faces the maximum punishment possible.

This is a short post because the more I think about what to write the angrier I get about the whole situation you can read some of my previous thought on animal abuse in some previous posts:

Update on the Animal Rights activists use of sensationalism

Farmers who care about animals.

Here is a compilation of blogs I have seen in response to the Mercy For Animals video of calf abuse from Texas. Coming from those farmers who care greatly for their animals the common themes all the posts have is outrage, anger and disappointment towards those committing the cruelty.

Ray-Lin Dairy Is going Vegan the Answer to Animal Abuse?

Dairy Innovation Animal abuse: Still a Big No No!

Zweber Family Farm News  Calf and Animal Care is our Number One!

Orange Patch Dairy Too mad to go to bed!

From the Tractor Seat Animal Abuse

ag – a colorful adventure Hold People to A Higher Standard

Reflections from a Country Boy We Care For Our Livestock!

Loos Tales Interview with the owner of E6 Ranch

Around the Farm Blog Fighting moral fire with moral fire

Jersey [Cow] Girl And So It Goes

Dairy Devotion Why am I doing this?

A Farm Girl’s Perspective Do those shooting animal abuse videos really have mercy for the animals?

The Frolicking Farmgirl  No Excuse for Animal Abuse

Northview Dairy And the Badly Ugly

These heifers are getting nosy with the camera!

What things that happen on a farm are of interest and should be shared online by farmers?

What things that happen on a farm are of interest and should be shared online by farmers? Write an answer on Quora

What things that happen on a farm are of interest and should be shared online by farmers?

One of the things I am extremely passionate about is telling my story on my own terms because no one knows it better than I do. It is this passion that drives me to find common ground with others outside of farming and have discussions about farming when the time is right. Speaking up for farmers and farming is as simple as talking to an old friend who moved to the city or asking a person what motivates them to buy certain things in the grocery store.

I have taken the opportunity on many an airplane to reach out to others, however one time stands out. I was on a flight from St. Louis to Salt Lake City and was seated next to two young boys travelling with their families for a ski vacation to Utah. Throughout the flight I kept to myself because the boys were having their own conversation and as an adult I did not want to create a weir situation. As the flight was nearing its end the show friends was being shown as the in flight entertainment. The episode was one where Ross dumps a whole gallon of milk down the front of himself. One of the boys then said something to the effect of “that’s a lot of milk”. I then proceed to say no I have 4000 times as much at home. Then conversation then moved to me explain that my family operates a dairy farm. One of the boys then proceeds to ask me “Are your cows free range?” After I picked my jaw up off the ground I answered that some do and some are housed in open air barns and in nice weather have access to outdoor exercise pens. I also explained the stalls in the barn are groomed and kept clean.  The cows also have free access to fresh food and clean water. The concrete the cows walk on is cleaned frequently and there is soft rubber where the cows walk. The young boy then said “Wow it sounds like you take great care of your cows.”

Another time I was engaged in a local community on twitter and through several meet and greets created several longtime friends. One of those friends asked if he could bring his boys out to the dairy and being one to not miss an agvocacy moment I agreed. His boys loved the tour and to this day nearly a year later he continues to remind me his young sons remember what they saw and did on the dairy thus creating a lifetime impression. In addition to his sons the gentleman also came to realize that many who try to paint farmers and ranchers in a negative light are not always being the completely truthful.

Here are some videos from their visit:

It is so easy to build bridges between communities in our lives, they can be virtual, social, religious, or hobby based communities however they have all started with common ground outside agriculture.

If we farmers and ranchers think about it enough becoming an Agvocate and letting others know why and how we do what we farmers and ranchers do to feed, fuel and clothe them becomes second nature. We are given opportunities to Agvocate daily it is up to us as Agriculturalists to take advantage of them and not let the opportunity forever slip away. 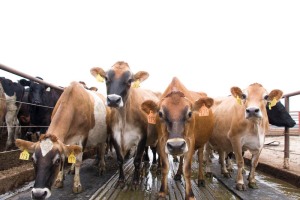 Curious about the camera

A visual insight to my dairy farm.

Although it is a few months old here is an awesome video of my dairy farm that was created by Brett Marty and Launch Squad for Evernote ( a great notetaking, web clipping & more program) . I keep thinking I will take occasional videos around the farm to post and every time I am reminded of this one and it is just so good I feel I cannot compete with it.

Trying out my new phone

I recently upgraded to a new smartphone the 4G HTC EVO from Sprint that runs on the android operating system from Google. Today I was goofing around shooting some videos and here is one that was shot in 720p:

Excited to see farmers speaking up

I am extremely excited to see all of the blogs, tweets and status updates from farmers explaining that what the recent “undercover video” shows is not the norm. The pride I felt today while catching up with reading all the posts that I missed on vacation was amazing so I listed some below.

A few blogs in response to the video:

I am hearing of some video footage coming from a dairy farm in Ohio that shows someone abusing an animal(s) and my reaction is the same as every time one of these “exposes” is brought to light.  I feel a response is so important I am taking time away from my family’s vacation to express my disgust with this behavior.

Every other farmer I know who cares for animals has at one time or another put those animals well being ahead of their own or their families time or needs. Wether it is treating a sick animal during the middle of the night after having been woken from a well deserved slumber to recover from the previous days long hours, or having to jump up from the dinner table to fix a water system so the animals have a cool refreshing drink. I firmly believe that the right thing to do when anyone observes another person abusing an animal they should immediately stop what they are doing and confront the person or report it to their supervisor if that is not effective then make contact with someone in a regulatory capacity. An employee who blatantly abusesan animal observes another employee doing the same without taking the appropriate action should  be immediately terminated.

Here are some of my previous thoughts on this topic:

Update on the Animal Rights activists use of sensationalism

I watched a investigative report on a major networks late night news show Nightline  that was about dairy farms. The sensationalism used in these stories is getting harder to watch as a second generation farmer whose family has cared for our animals comfort for nearly 40 years. I feel the media and activist groups use isolated incidents to create a sense of a major problem when quite the opposite is true. In the video I listened to the farmer say he does not stand for the improper care of animals and has previously fired employees for just that. I only wish he was able to express whether the employee(s) in this incident had been let go. If you want to see a video of animals on an average dairy you can see avideo I did for Evernote. the California Milk Advisory Board also has put together some great videos of average dairymen and dairy families throughout California.

The dairy farmers  in the United States are working toward implementing a best care practices program for animal care called the National Dairy FARM Program. when this program is in place we will have an animal care manual that all dairy farms can use to continue to provide the highest level of care for their animals.

A great friend of mine Jeff Fowle, a cattle rancher from northern California has a great post on his blog Common Sense Agriculture discussing  animal rights versus animal welfare and why we should pay close attention to the difference.

In addition the post I made on this topic in September of 2009 is still pertinent as is the post referenced below from Dino Giacomazzi.

Sensationalism and the Animal Rights movement

Below is a link to a blog post by a fellow California Dairyman Dino Giacomazzi. Dino does an awesome job highlighting the unnecessary pressure and sensationalism some Animal right groups are using to ban the docking of Cattle Tails in CA. This is all unnecessary because no farm or dairy group opposes the ban and one group even supports the ban now that the farmer can provide prompt care for an injured animal.
I’m not a farmer but I play one on TV!